– The king of (Shai) Traditional Area in the Dangme West District of Ghana, His Royal Majesty Drolor Bosso Adamtey I, is also a renowned pastor

– He is also the author of bestselling books, the first chancellor of UPSA and he has three doctorate degrees

His Royal Majesty (HRM) Drolor Bosso Adamtey I, also known as Dr Kingsley Fletcher, is a Ghanaian traditional ruler who doubles as a head pastor in the US, among many other accomplishments.

According to a short documentary on the life of HRM sighted by Legit.ng on the YouTube channel Damaris Fletcher, the renowned preacher has three doctorate degrees.

He is the founding pastor of Life International, a church in Durham, North Carolina. He is also the founder of Kingsley Fletcher Ministries.

His Royal Majesty Drolor Bosso Adamtey I, in addition, is the bestselling author of powerful books including I Have Seen the Kingdom, When Kings Pray and Fast, A Place Called There, The Power and Influence of a Woman and Who Says You Can’t?

The respected global icon is also the reigning king of the Se (Shai) Traditional Area in the Dangme West District of Ghana.

The renowned, reputable and highly-accomplished doctor made history on March 5, 2014, when he was unanimously voted for and appointed as the first chancellor of the University of Professional Studies (UPSA), Accra. 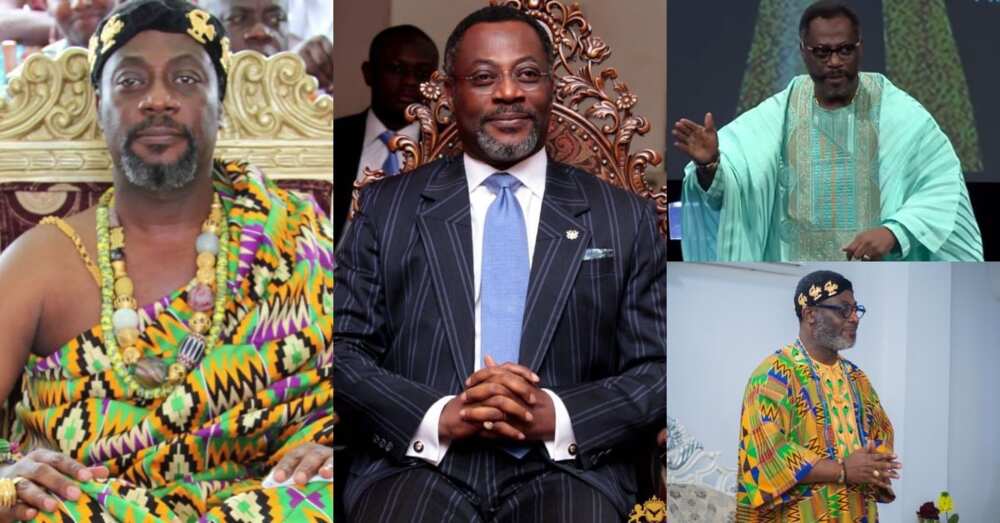 He is also the author of bestselling books, the first chancellor of UPSA and he has three doctorate degrees. Source: UGC
Source: UGC

Speaking about the drive behind his jaw-dropping achievements, the doctor, educator, pastor and traditional ruler attributed it to God and the motivation to make a difference.

In other news, Pilot LTJG Swegle has celebrated her recent accomplishment at her graduation ceremony as the first-ever black woman tactical pilot in US Navy history.

For the first time in the US Navy history books, LTJG Swegle became the establishment’s first black woman to attain this feat.

Although details of the name of the specific jet or when she was first admitted to the US Navy is not immediately public, she is being lauded on social media.

Jonathan, Obasanjo, two other ex-presidents and their most famous achievements | Legit TV