– Arsenal will be playing in the Europa League next season

Popular Nigerian pastor Johnson Suleman has expressed happiness towards Arsenal’s triumph over Chelsea in the final of the 2020 English FA Cup on Saturday, August 1.

The Gunners came from a goal down to beat bitter rivals Chelsea 2-1 in which Gabonese striker Aubameyang scored the two goals for the North London side.

Beating Chelsea gave Arsenal their 14th FA Cup title and they will be playing in the Europa League next season which is an incredible one for manager Mikel Arteta.

Apostle Suleman who watched the encounter has now admitted that Arsenal won the FA Cup title in one of their worst seasons.

The 49-year-old also explained that the red card given to Kovacic should not have been given to him in the FA Cup final.

He then urged Arsenal chiefs to make sure they tie striker Aubameyang down to a long term contract at the Emirates stadium.

”Unbelievable! Winning the FA cup in one of our worst season is simply put Remarkable! Chelsea is good and that wasn’t supposed to a red card, not at all.

”AUBA, man of the match. Tie him down to a long contract Arsenal. London is Red, we are the Arsenal,” Apostle Suleman explained.

Last season, Arsenal got to the final of the Europa League before losing against Chelsea in the final in which Eden Hazard shined before making his move to Real Madrid.

Arsenal have now gotten a revenge over the Blues. 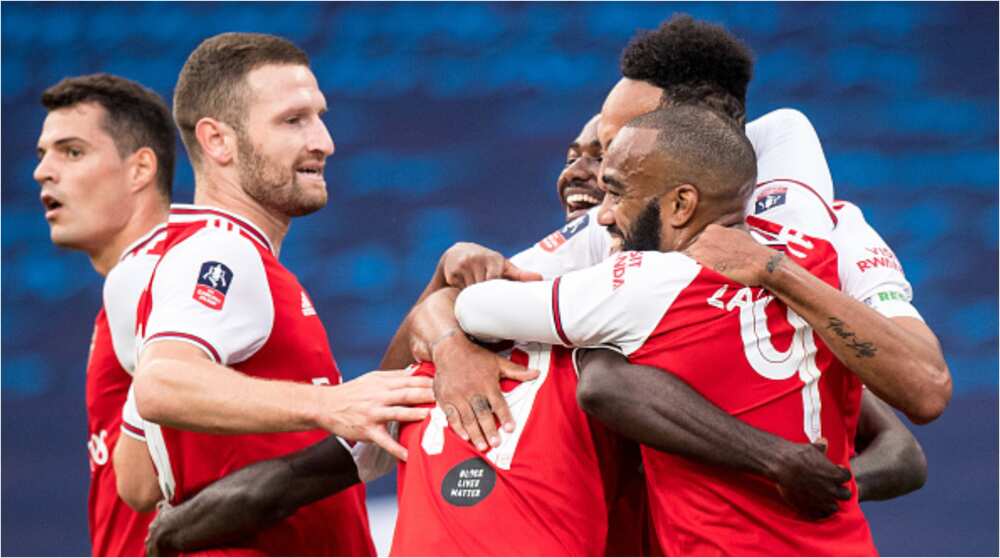 Earlier, Legit.ng had reported how Apostle Suleman has been a staunch supporter of Arsenal football club and he has publicly expressed his undying love for the Gunners who finished 8th on the Premier League standings.

Gunners were far from impressive last season and on Tuesday night, July 21, their problems were compounded when Aston Villa dashed their UEFA Europa League qualification hopes with a 1-0 win over them.

The cleric earlier urged the Arsenal manager Mikel Arteta to work on the timing of his substitution, saying Gunners will fight until the end.