– The party, therefore, called on President Muhammadu Buhari to intervene in the issue

President Muhammadu Buhari has been urged to help end the violence in Ondo as political parties carry out their campaigns ahead of the governorship poll.

The call was made by the Peoples Democratic Party (PDP) in a statement by its spokesman in Ondo, Kennedy Ikantu Peretei. 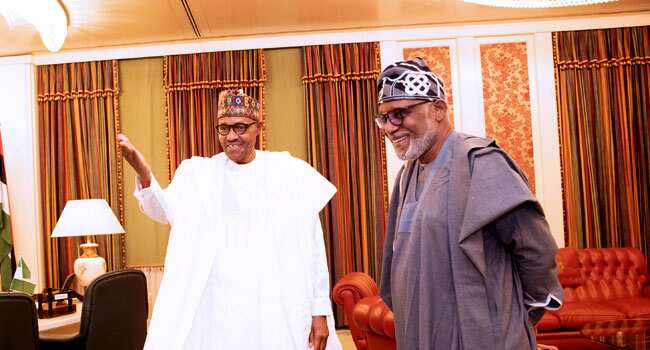 The PDP in its message to the president accused the All Progressives Congress (APC) and the governor of the state, Rotimi Akeredolo of promoting electoral violence through political thugs, Channels TV reports.

The opposition party also called out the service chiefs for ignoring this worrisome development in the state.

The letter read in part:

“Over the past few weeks, we have noticed to our consternation, the culpability of the security chiefs in Ondo State in the mayhem perpetrated by the All Progressives Congress (APC) and Governor Rotimi Akeredolu in Ondo State during the ongoing campaign season. They have been giving free access to the political thugs assembled to maim and kill the people of Ondo State in order to achieve a desired political objective. Indeed, we believe that there is complicity involving even the Inspector General of Police and some service chiefs.

“Everywhere Akeredolu goes to campaign, about five or six buses loaded with political thugs, wielding guns accompany him. Only on Tuesday, September 22, these thugs unleashed violence on the people during Akeredolu’s campaign in Idanre. The story has been the same anywhere he goes, be it Akure or Ondo town. If care is not taken, there will be genocide in Ondo State. Mr President, all the petitions that have been written in relation to this violence unleashed on the peace-loving people of Ondo State by a government elected to protect their lives and properties have been ignored by the service chiefs.”

Meanwhile, the governorship candidate of the PDP, Eyitayo Jegede, had spoken after the clash between members of his party and the APC on Wednesday, September 16.

Jegede claimed the clash which happened in Oba Akoko, Akoko Southwest local government, was an assassination attempt on his life.

The PDP governorship candidate said 15 vehicles in his convoy were destroyed while some of his supporters sustained injuries.