– DJ Cuppy revealed that she and her sister Tolani are single

– Nigerian men, in their usual funny manner, have started proposing marriage to the Gelato crooner and her sister

Billionaire daughters, DJ Cuppy, Temi Otedola, and Tolani got the Nigerian social media space on standstill after they announced the news of the luxury cars that their father Femi Otedola bought them.

The family trended on four different categories on the micro-blogging platform, Twitter, as Nigerians including celebrities reacted to the announcement.

As expected, many shared hilarious comments while others prayed against poverty in the lives, noting that money is good. 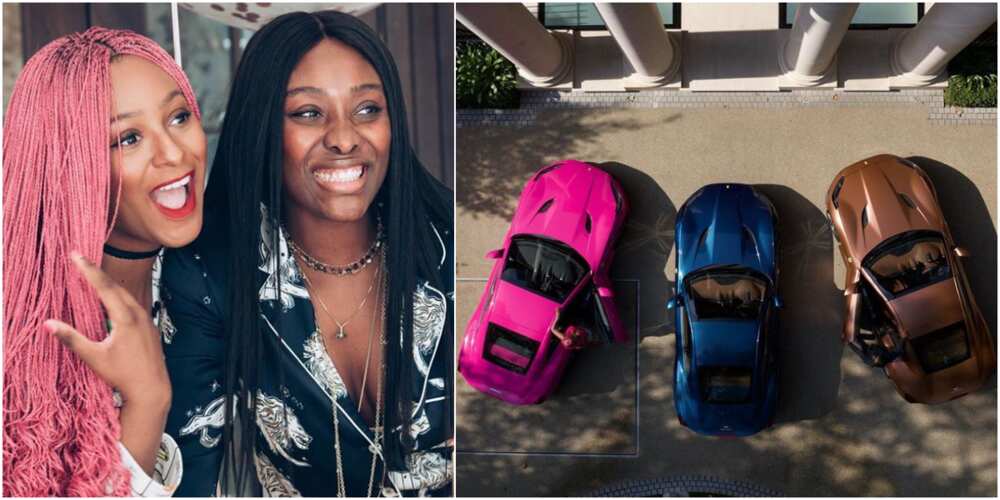 DJ Cuppy announces she and sister are single
Source: Instagram

Some Nigerian men, who in their usual funny manner, also used the opportunity to profess their love to the siblings especially to DJ Cuppy.

A Twitter user called Kene asked a question on who is dating DJ Cuppy and Tolani.

Amidst the many comments on the platform, DJ Cuppy saw that and answered to it. According to her, she and Tolani are single, adding a laughing emoji to her response.

The Gelato crooner, who is used to having such questions in her comment section, always obliged her male followers by answering them.

As soon as she answered that she and her sister are single, Nigerian men hilariously reacted to it as they proposed marriage to her.

Read some funny reactions below:

Meanwhile, Legit.ng reported that Davido was greatly impressed by the Ferrari cars that billionaire Femi Otedola bought for his daughters.

The Blow My Mind crooner joined thousands of Nigerians who reacted after DJ Cuppy showed off her new ride got for by her dad. The father of three quoted DJ Cuppy’s tweet and congratulated her on the new acquisition.

Davido went on to express his desire to do the same for his daughters while acknowledging the importance of money.

Music mogul Don Jazzy also reacted to the news of the Ferrari cars as he promised his unborn children to have such enjoyment when they arrive the world.