– Two lawmakers in Madagascar have died of COVID-19, President Andry Rajoelina has said

President Andry Rajoelina of Madagascar has said two lawmakers in the country – one member of the Senate and one deputy – have died of COVID-19.

The president, who made the disclosure on Sunday, July 12, said 11 other deputies and 14 senators also tested positive for the deadly disease, How African reports.

The presidency had said in a statement: “The Analamanga region (under which the capital is situated) is returning to full lockdown.”

Madagascar has recorded 2,573 infections including 35 deaths. 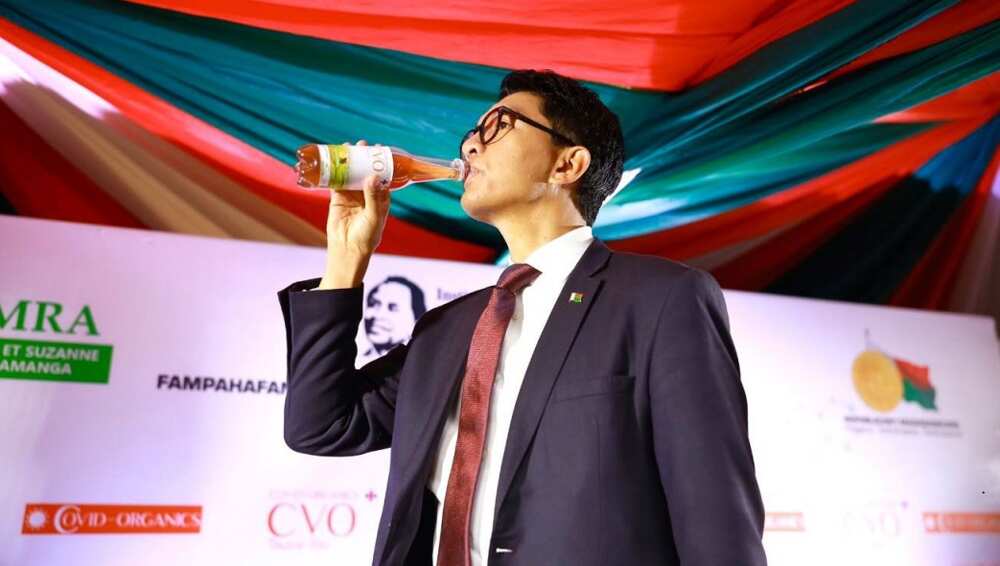 In other news, Nigerian universities’ scientists under the aegis of COVID-19 Research Group say they have discovered COVID-19 vaccine.

The scientists made the disclosure on Friday, June 19, saying the vaccine was being developed locally in Africa for Africans but would also work for other continents when unveiled.

The leader of the team, Dr Oladipo Kolawole, said it would take a minimum of 18 months for the vaccine to be unveiled to the public.

Meanwhile, Legit.ng previously reported that Ghana’s education minister, Dr Matthew Opoku Prempeh, revealed that majority of his staff at the ministry had tested positive for the deadly COVID-19.

The member of parliament for Manhyia said mass testing was conducted at the education ministry and results showed that 45 out of 50 people tested positive.

“At my workplace, everyone has been tested. A lot of them tested positive for the virus. Assuming I have a total staff of 50, about 45 of them have the virus. None of them has been hospitalized but they are currently in self-isolation,” he said.

The NPP MP also stated that he almost died from COVID-19. “It was only God that helped me while I was on admission,” he added.

What will you do if your partner tests positive to Coronavirus? | Legit TV