– The Nollywood couple looked very young in the photo

Veteran Nollywood actress Joke Silva has got her fans and followers gushing after she shared a throwback photo of her and husband Olu Jacobs.

The veteran actress took to her page on the photo-sharing app, Instagram, to share a memory from years back.

In the photo she posted online, Silva and her actor husband were spotted with another man. The couple looked very young.

The photo revealed that the couple was already married at the time as one could easily spot the entertainer’s wedding band on her finger. She and her husband stood close to each other as they closely observed some photos. 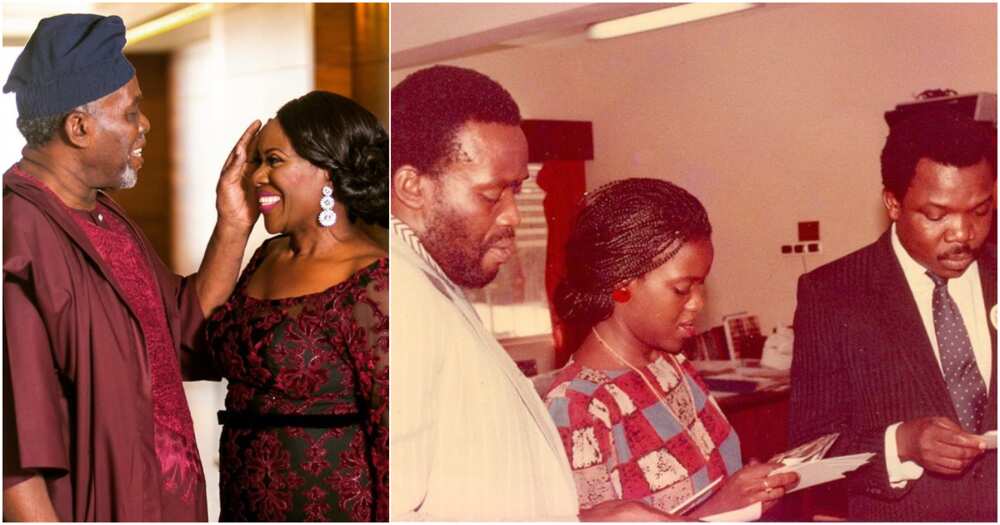 The actress noted that the photo was taken many years ago when she and her husband were still very young.

As expected, fans of Silva took to her comment section to react to the photo.

Read some comments below:

eby_nony: “Ageless. God keep you both in perfect health.”

Meanwhile, Legit.ng earlier reported that celebrities joined actress Joke Silva as she celebrated her hubby on his 78th birthday.

The actress shared a video mashup containing several throwback pictures of the actor. Kizz Daniels’ Baba song played in the background as photos of the actors on movie sets showed up on the screen.

Daisy Ridley and her net worth: How wealthy is she?

In the caption that accompanied the post, Joke teasingly described her loving partner as a birthday boy. She also appreciated the lord on behalf of her man.

In another story, Joke Silva revealed that she still gets intimate with her husband Olu Jacobs.

Speaking on TVC’s breakfast show tagged Your View about intimacy with her husband, she stated that they still ‘do the do’ but in a way that is appropriate for people for their ages.

EXCLUSIVE: 17 Years After Their Marriage. Ramsey Nouah Has This to Say About His Wife | Legit TV