– DJ Cuppy has taken her mother, Nana Otedola, on her first ride in her newly gifted ride

– Recall the singer’s billionaire dad, Femi Otedola, was her first passenger in the luxury car

If there is a list of rich kids in Nigeria who unapologetically ‘tension’ social media users constantly, Florence Otedola would come up top.

Popularly known as DJ Cuppy, she recently took to her Instagram page to reveal her mom finally got to ride shotgun in her newly gifted Ferrari ride.

The Original Cuppy crooner shared a video in which she is seen ushering her mom into the customized pink ride.

The mother and daughter put their safety before pleasure as they both ensured their seatbelts were properly strapped in before zooming off.

“Took Mama Cups for her first ride in my Ferrari today! “

Watch the show clip below:

This comes a few days after she took the car out for her first ride and her billionaire dad, Femi Otedola got the privilege of being her first passenger.

She shared several posts via her Instastory including a video of herself driving the luxury car.

“Only right that my first Ferrari passenger is @realFemiOtedola.” 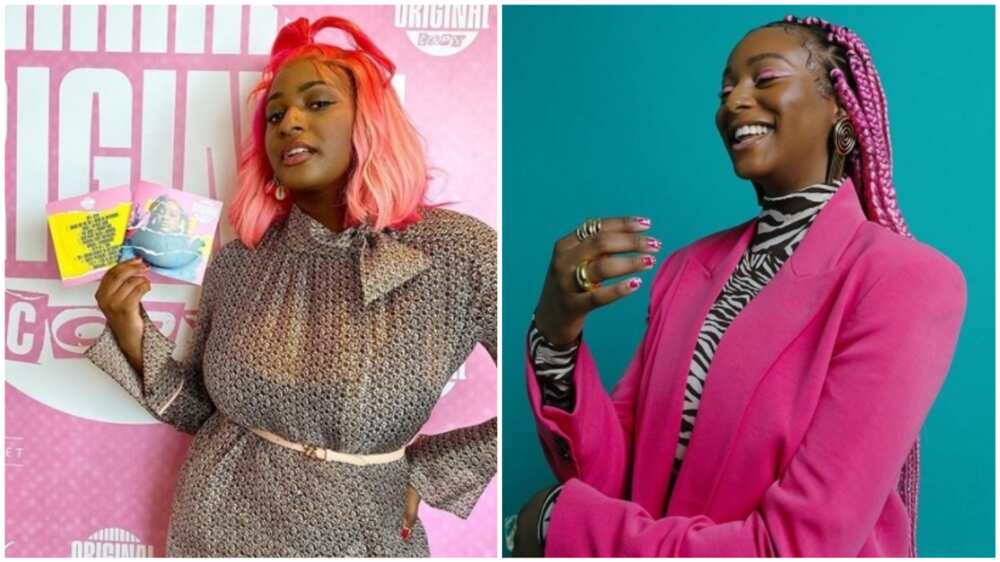 Barely a week ago, internet users went crazy after Cuppy took to her social media page to announce her father had gotten one Ferrari each for her and her two sisters.

Otedola purchased a Ferrari Portofino for each of his three daughters, Temi, Tolani and DJ Cuppy. A 2020 model of the fast car reportedly costs about $215,000 (N83.2 million).

The Ferraris came in different colours that seemed to suit the personalities of each daughter.