– Oyetola and some members of his cabinet were attacked on Saturday, October 17, in Osogbo

– The governor on Sunday, October 18, described the incident as unfortunate

Barely ten hours after he and his deputy were attacked by some EndSARS protesters, Governor Adegboyega Oyetola of Osun state has said that the evil was perpetrated by armed thugs.

The Nation reports the Oyetola, his deputy Benedict Alabi and other state executives had narrowly escaped death on Saturday, October 17, when thugs attacked them after addressing #EndSARS protesters in Osogbo, the capital of the state.

Legit.ng gathered that while speaking in a statewide broadcast on the morning of Sunday, October 18, the governor described the incident as unfortunate and against the Omoluabi ethos.

EndSARS: Tinubu breaks silence, denies being among sponsors of protests 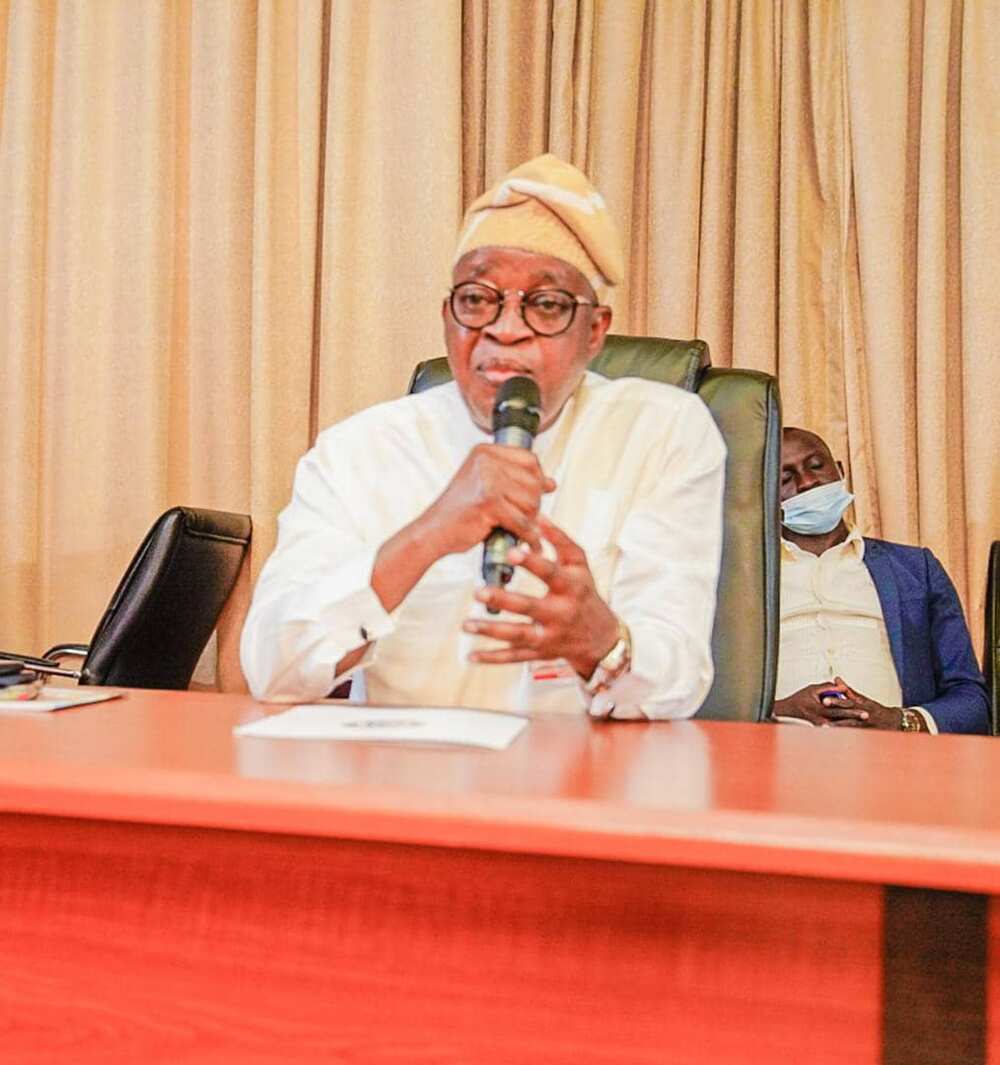 He said he joined the #EndSARS protesters by marching from the Alekuwodo area to meet the protesters at the Ola-Iya junction where he addressed them.

“However, the protest was hijacked by thugs who wanted to kill me. We escaped from the scene without shoot or firing teargas to them.

“But after the incident, we gathered that two people died. One of them died as a result of a bike accident.”

He said the attack was politically motivated and targeted at killing him and other executive members of the state.

Meanwhile, Legit.ng had previously reported that the national leader of the All Progressives Congress (APC), Asiwaju Bola Tinubu, reacted following the purported report that he is one of the sponsors of the #EndSARS protest in Lagos and other parts of the country.

It was reported that Tinubu’s spokesman, Tunde Rahman, said it is incorrect to say his principal is among the sponsors of the #EndSARS protest as he added that Tinubu could not have sponsored a protest that is affecting the economy of Lagos state.

He stressed that it is impossible for the APC chieftain to sponsor the protest in all the states where it has occurred.