– Meanwhile, the Lagos state government has discharged another patient who has fully recovered from the coronavirus infection, making the total recoveries in the state stand at 32

Katsina state has recorded its first COVID-19 death as confirmed coronavirus cases spread across Nigeria, The Nation has reported.

According to the newspaper, the state governor, Aminu Bello Masari, announced the death of the state’s first COVID-19 patient on Tuesday, April 7.

The deceased is identified as Dr Aminu Yakubu, a private medical practitioner based in Daura.

It was gathered that the late doctor recently returned from Lagos to Katsina state.

Meanwhile, the Lagos state government earlier announced that it has discharged another patient who has fully recovered from the coronavirus infection. 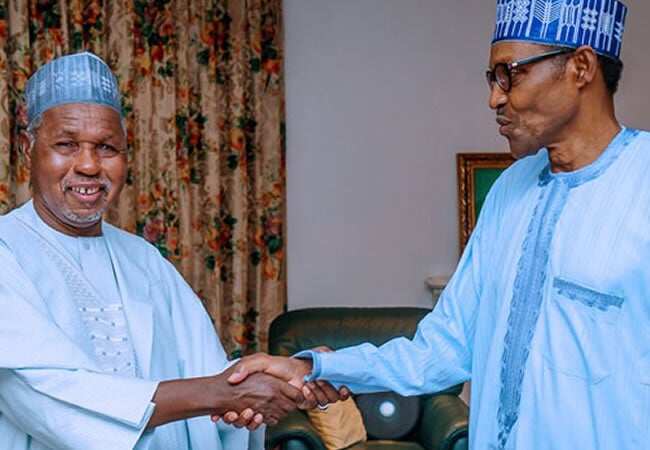 Governor Babajide Sanwo-Olu who made the disclosure in a tweet on Tuesday said the patient, a female, was discharged from the Infectious Disease Hospital in Yaba.

Sanwo-Olu said the recovery of the patient brings the total number of people that have been discharged in the state to 32.

“I announce with immense joy, the discharge of another patient (a female) who has fully recovered from our facility at Yaba.

This brings to 32, the number of patients we have successfully managed and discharged in Lagos,” the governor tweeted.

The court also directed the celebrity couple to pay a fine of N100,000 each. Funke Akindele and her husband were charged to court by the Lagos state government for violating restriction orders in the state.

The couple was on April 6, 2020, arraigned in chief magistrate court 1 Ogba, on one count charge.

They were brought to court by detectives from the State Criminal Investigation Department (SCID) Yaba, led by the deputy commissioner of police in charge of the investigation, DCP Yetunde Longe.

The prosecuting team was lead by the Hon Attorney General of Lagos state, Moyosore Onigbanjo, SAN.