The Nigerian Supreme Council for Islamic Affairs has on Friday, May 22, announced that the Ramadan fast would continue on Saturday, May 23.

This was disclosed by the national moon sighting committee of the council in a tweet.

“There was no positive sighting report of the Shawwal crescent in Nigeria, tomorrow is 30th Ramadan. An official statement from the Sultanate will be released shortly,” the tweet read.

Legit.ng also reports that the Sultan of Sokoto Alhaji Sa’ad Abubakar III, has declared Sunday May 24, as the 1st day of Shawwal 1441AH.

Abubakar said this in a statement by Prof. Sambo Junaidu the Chairman of Advisory Committee on Religious Affairs of Sultanate Council in Sokoto on Friday.

“The Sultanate Council Advisory Committee on Religious Affairs working in conjunction with the National Moon Sighting Committee did not receive any report of moon slighting in the country. 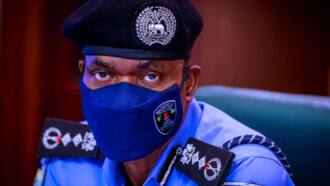 “The Sultan of Sokoto and President General, Nigerian Supreme Council for Islamic Affairs has declared Sunday May 24, as the first day of Shawwal 1441AH,” Junaidu said.

Meanwhile, Legit.ng had reported that there was a slight disagreement between the Sultan of Sokoto and governors of some states in the north over how the forthcoming Eid-el-Fitr prayers should be observed.

The Nation reports that Sultan Sa’ad Abubakar who is the president-general of the Nigerian Supreme Council for Islamic Affairs (NSCIA) has given a directive that Muslims should observe the prayers at home as part of their observance of the COVID-19 protocols and to prevent the spread of the virus.

However, some governors, especially in the northern part of the country, have eased the lockdown, allowing Muslims to observe congregational prayers.

Kano state governor Abdullahi Ganduje earlier in the week announced that Muslims would be allowed to observe the Jumat prayer on Friday, May 22 and the Eid prayers subsequently.

On Wednesday, Bauchi state governor Bala Mohammed announced that Eid prayers would be allowed in the state with participants observing social distancing and wearing face masks

NAIJ.com (naija.ng) -> Legit.ng: We have upgraded to serve you better.

Coronavirus: Is it time to reopen churches, mosques? | Legit TV