– This development was confirmed in a tweet by Bashir Ahmad, the president’s personal assistant on new media

President Muhammadu Buhari and the leadership of the National Assembly are currently having a closed-door meeting.

This was disclosed in a tweet by Bashir Ahmad, a personal assistant on new media to the president, via his verified Twitter handle, @BashirAhmaad on Sunday, October 18.

According to Ahmad, the president is meeting with Senate President Ahmad Lawan and the Speaker of the House of Representatives, Femi Gbajabiamila on the ongoing #EndPoliceBrutality protests. 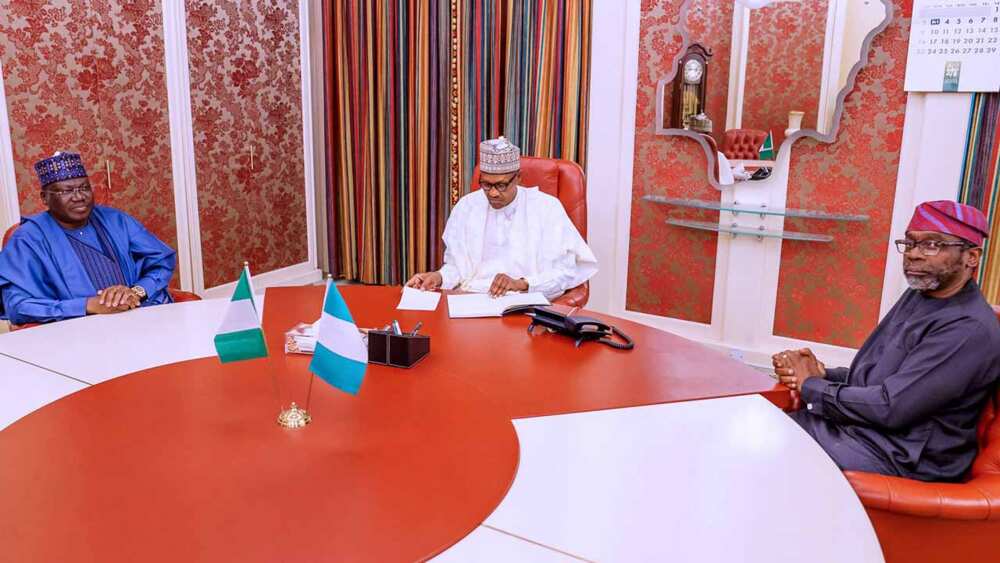 The meeting is coming on the heels of nationwide protests against police brutality in Nigeria.

It would be recalled that the Nigerian Governors Forum (NGF) officially intervened in the ongoing protests against police brutality nationwide. 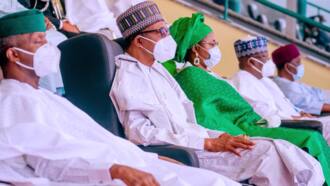 Save the people – Aisha Buhari shares powerful message amid protests

The governors met on Wednesday, October 14 in Abuja with Inspector-General of Police, Mohammed Adamu on the issue and the way forward as the protests spread to other parts of the country.

The governors have also resolved to meet with identified leaders of the #EndSARS protesters to persuade them to end the street rallies.

The hashtagged message which was written in her local Hausa dialect #Achechijamaa translates as #Savethepeople. The First Lady did not state who the message was directed at.

However, the message was accompanied by a video of different images of her husband, President Muhammadu Buhari in meetings and roundtable discussions with Nigeria’s service chiefs. 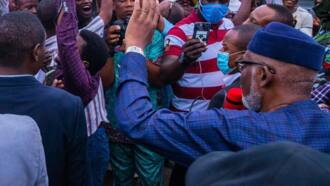 EndSARS: Governors announce actions against police brutality in their states

In a related development, Vice president Yemi Osinbajo on Friday, October 16, broke his silence on the nationwide EndSARS protest following numerous cases of police brutality in the country.

Osinbajo on his Twitter page on the night of Friday apologised to all Nigerian who are angry over what they regard as slow response of the government to their cries and calls.