– Financial autonomy has been granted to legislature and judiciary

After several years of expectations, financial autonomy has finally been granted to the legislature and judiciary across the 36 states of the country.

President Muhammadu Buhari granted the autonomy via a new executive order signed on Friday, May 22.

“Based on the power vested in me under Section 5 of the 1999 Constitution (as Amended), I, today, signed into law Executive Order No. 10 of 2020 for the implementation of Financial Autonomy of State Legislature and State Judiciary,” he wrote.

He added that his administration would “continue to do everything to strengthen the principles and practice of democratic governance in Nigeria.” 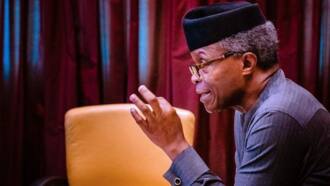 Meanwhile, Legit.ng had reported that Sheikh Abubakar Gumi says the idea of restructuring will come in a natural way because Nigeria is at a point where states should be given autonomy to control their affairs.

The soldier-turned Islamic cleric said although some northern elites are against restructuring, the need for the country to put the idea on the forefront of urgency is manifested in the incessant attacks in the north.

Gumi said the menace of bandits, kidnappers and Boko Haram in the north suggests that youths in each region of the country are craving for a system that they can see as theirs.

The leader of the Nigerian Muslim Shura Assembly also urged the government to convene a national conference where all aggrieved parties will be invited to discuss the problems of the country.

Gumi said: “Restructuring has already started. It has started with the bandits. They are holding a large chunk of landmass in the north and nobody can enter there; not even the government. They are their own authority there. So, you see, Nigeria is disintegrating.

“If you give states some levels of autonomy like we have in America where Texas, for instance, has different laws from other states; they also control their resources and others. If you do something like that and the Federal Government concerns itself with policing so that states don’t infringe on minority rights we will be treading the right path.

“When we restructure in this manner then Nigeria will work… the government should organize a true National Conference involving all the important people.”